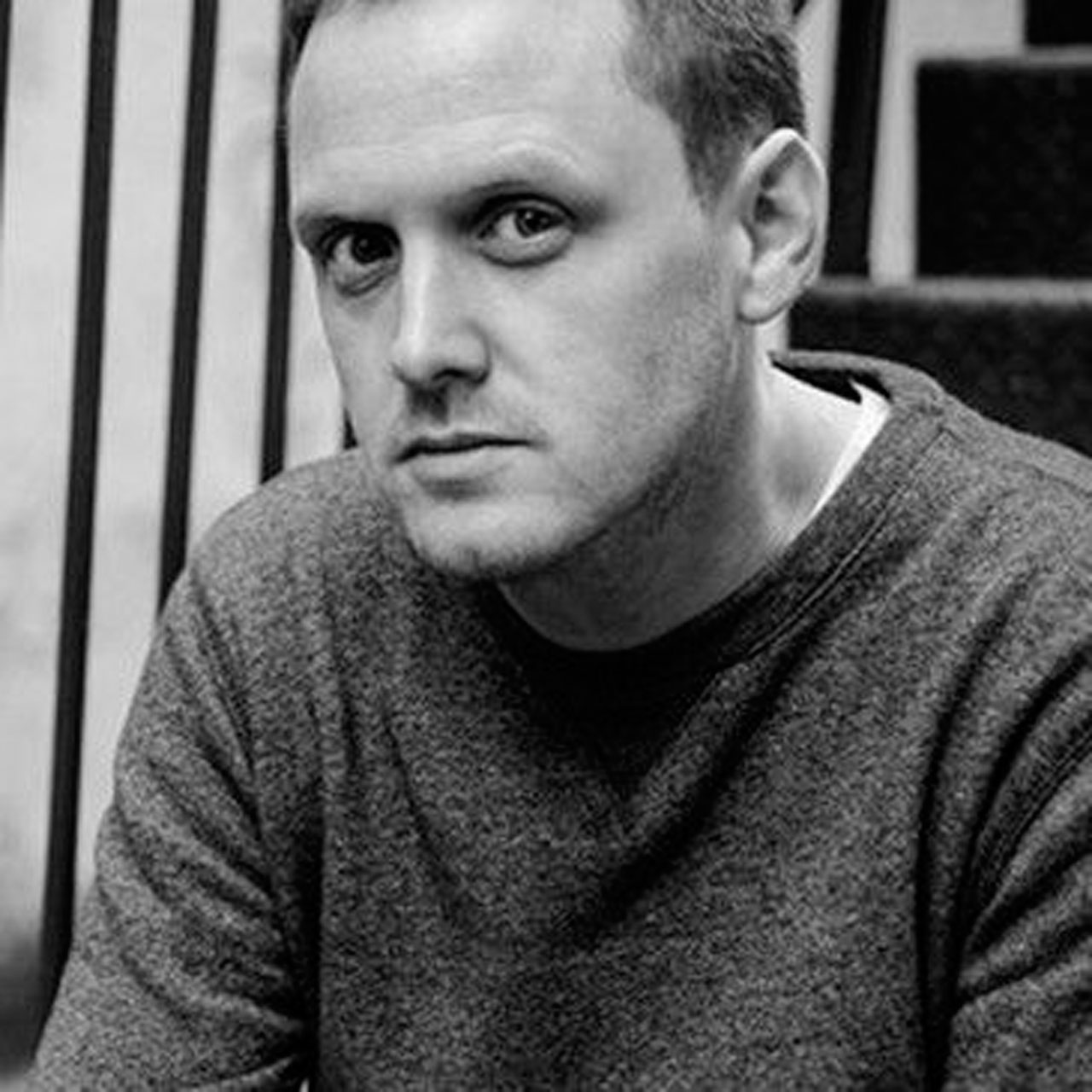 Writer Ed Brisson has left his Marvel ‘unique’ contract behind and is returning to creator-owned comics, starting with a revival of his critically acclaimed crime series The Murder Book. Coming this June is Catch & Release: A Murder Book Story, a graphic novella by Brisson and his The Last Contract collaborator Lisandro Estherren.

”Murder Book’ is a time period utilized by detectives to seek advice from a case file on a murder investigation, and this graphic novel tells the story of two lives intertwined: A scholar, on the lookout for a brand new set of wheels to take him to his new life on the West Coast,” reads Brisson’s synopsis for the OGN. “A person determined for cash, underneath the gun of eviction, steals a automobile and comes up with a scheme to promote it not as soon as, however a number of instances. Their lives conflict and one crime results in others as one man seeks to free himself of burden and one other of guilt.”

Brisson is elevating funds and taking pre-orders for the Catch & Release OGN on Kickstarter, with the less-than-day-old crowdfunding marketing campaign already surpassed its $10,000 objective.

Newsarama spoke with Brisson about his decision to return to creator-owned work (and to Murder Book in particular), the societal implications of crime fiction, and this OGN as the beginning of a new chapter in the author’s career.

Newsarama: Ed, you’re back with more creator-owned – and more in your Murder Books series. What’s it like getting back into it after a couple years of you seemingly pretty much full-time at Marvel?

Ed Brisson: It’s been great. It’s been far too long since I’ve been able to buckle down and work on creator-owned books and even longer since I’ve had the chance to write straight crime. I’ve missed it so much. Catch & Release feels like a return to form and a new start, if that makes any amount of sense.

Brisson: Yeah, definitely. Back then, Murder Book was a reaction to my frustration with my own career. I’d been self-publishing for a decade and a half already, writing and drawing my own comics. Initially, I started out wanting to be a comic artist and only began writing because I didn’t know any writers and needed material to draw from.

But, in 2010, I realized that I much preferred writing and so decided to focus on that instead. I stopped drawing that day and have barely picked up a pencil since. I dove in, writing stories that I wanted to read, not worrying about ‘breaking in’ to the industry or satisfying anyone beyond me and the artists I was working with at the time – which included a murderer’s row of talent such as Michael Walsh, Johnny Christmas, Jason Copland, Vic Malhotra, Simon Roy, and others. Of course when I stopped caring about what publishers thought about what I was doing was when I finally started to get attention from publishers.

I’d always imagined that I’d find a balance between work-for-hire projects and creator-owned, but it’s been pretty tough…which is not a complaint. I know how lucky I am. Being busy is a good problem to have. But with COVID, things have slowed down and I’ve had more time on my hands and wanted to make sure I took full advantage of it.

It’s been an incredibly frustrating year – even before Covid – and I felt I needed to make a return to these types of stories. I needed to center myself. As dark as Catch & Release is, it still feeds my soul. And I needed that.

Nrama: Catch & Release follows a student and a desperate man in need of money, and how their lives overlap. What’s going on in this? Can you tell us about the characters?

Brisson: Up front, I guess I should make clear that Catch & Release is a completely stand-alone book. If someone hasn’t read any Murder Book in the past, that’s okay. They can hop on with this book. Every Murder Book story has always been that way: something you can pick up and read in any order, without needing to have any idea of what happened in past issues. I love the idea of giving people a complete story with a beginning, middle, and end rather than a ‘to be continued’ slapped on the end.

The basic plot, without giving away too much, concerns Andrew, a former car thief and current laid-off construction worker, who steals a car and, along with his cohort, Chris, comes up with a scheme to list the car for sale and draw potential buyers out to a remote location where they can rob them at gunpoint. It’s a messy plan, but if they can pull it off, then at least Andrew can get his head back above water. Chris is in it for the thrill. He’s cold and calculating and if there’s a dollar to be made, then he’s in.

On the other side of the story are Samar and Alex. Samar is a student living in Halifax whose car has died on him and so he’s shopping for a new set of wheels to take him to his new life out West. He’s on a budget and looking for a good deal when he stumbles across an ad for the above-mentioned car. Alex is largely Samar’s voice of reason. He tries to steer Samar away from this deal, but no dice.

The story, though, is largely about what happens after. Everything that can go wrong with Andrew’s plan, does. And now he has to decide how far down this path he wants to go. To cover his tracks, he’s going to get his hands dirty — real dirty — and he’s not sure he can do it.

Nrama: The act of crime is seemingly always good fodder for a story, but in this you seem to be delving into the societal reason some people commit crimes. Do you think much about what provokes some people to consider crime as the only choice they have?

Brisson: It’s something that’s always on my mind when writing crime (or any genre, really).

Kad sam napisao The Violent (Image Comics) in 2016, I actually wished to have a look at dependancy and the long-lasting implications.

There’s this Hollywood ideal that an addict kicks their addiction and it’s done, they move on to the next chapter of their life and all is good. That’s not how things work. Addiction is always there, tugging at the addict and it takes Herculean amounts of willpower on a daily basis to maintain afterward. It’s fucking tragic. I wanted to show that against a backdrop of a city that is constantly testing that resolve, either through the constant availability of drugs or through the high cost of living that is consistently putting downward pressure on those of limited means.

At its core, Catch & Release is largely about anxiety. Anxiety about starting a new life. Financial anxiety in the face of the looming uncertainty that everyone is facing right now. Anxiety about trying to be a better person, to leave behind the mistakes of the past and move forward. However, when things look grim, it’s easy to slip back into past habits. There’s a comfort to it.

It’s also about taking accountability for what you’ve done. It’s about taking a good hard look in the mirror and saying: Is this who I want to be?

Andrew is not committing a crime because of an addiction or because he’s out to hurt people. In these uncertain times, he’s merely trying to survive. He’s facing eviction, he’s behind on child support, he can’t pay his bills. He just wants to get his head above water and, to him, this is just a one-time thing…until it isn’t.

Nrama: Although the two men in this didn’t know each other when the story began, you know your artist on this well – Lisandro Estherren, whom you worked with on The Last Contract. How’d this return team-up come about?

Brisson: I loved working with Lisandro on The Last Contract (Boom! Studios), and we’d talked about the possibility of working together again, but we both got busy and years passed without us having the chance.

Anyhow, when the script was in shape, I said a little prayer and reached out to see if Lisandro would be interested.

Lisandro has this incredible European sensibility to his artwork, his black and white inkwash page are a thing of beauty and I’d leaned into that when writing the script, giving him a lot of space to flex those muscles.

Nrama: You have self-published and hand-sold comic books for years before you became a big creator, but this is your first time doing a Kickstarter. What pushed you to try this route?

Brisson: I’ve been eyeballing Kickstarter for years and have just been waiting for the right project.

What I love about Kickstarter is the intimacy between the creators and the audience. Readers feel invested because they helped bring the project to life and in turn Lisandro and I feel invested in making sure that the readers made the right choice in backing us.

Also, with Kickstarter you can take a project that may have more of a niche audience and make it work. If I’m being honest, I think we’d need about 10,000 or more readers in the traditional market just to make a project like this work. And right now, with COVID and so much economic uncertainty, not a lot of publishers are interested in taking risks. I don’t think this is a book we could get out through any other means.

With Kickstarter, we can make this work with as few as 500 or 1,000 readers who are interested in the genre or supporting our work as creators. Obviously, we’re hoping the project is a huge success, but in the end, we just want to make this damned book and connect with readers who want to read this damned book.

Nrama: What are your massive targets with Catch & Release: A Murder Book Story?

Brisson: First and foremost, we need to deal with working a profitable marketing campaign and placing collectively a phenomenal hardcover e-book for readers. Something that they will proudly have the ability to show on their cabinets.

Ultimately, if the marketing campaign does nicely sufficient, I’m hoping that we’ll have the ability to return to the nicely sooner or later and create additional volumes, every stand-alone and self-contained. Ideally, I’d like to do a stand-alone Murder Book graphic novel yearly. With any luck, this isn’t the final you will see of us.